It is time for Muslims to face these situations boldly and hopefully put an end to living apologetically and in fear. So what if the terrorist is a Muslim? Stereotyping Muslims no more! Here is a beginning of a series of articles and work geared to fight stereotyping any American be it a Muslim, Jew, Gay-Lesbian, Immigrant, African American, Hindu or Sikh American.

The following article invokes common sense to those who thrive on chaos and prefer to aggravate it further, rather than restore the society to normalcy. It is for those who are anxious to turn their frustrations into blaming anything in sight including Obama and Muslims. 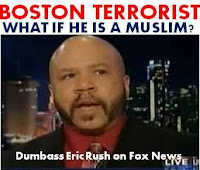 Full story at the link…

Consider another scenario; if a single woman wants to move from Seattle to New York or Dallas, and asks your recommendation. Based on statistics, would you say – don’t go to New York, they are murderers. In 2010 they murdered 866 people, and sure don’t go there, they are rapists, they raped 2, 771 women. If you are a New Yorker, how would you feel your categorization?

Just as the New Yorkers and Texans would feel outraged, Muslims ought to feel the same.  Should New Yorkers apologize to this woman from Seattle for the rapes and murders in their state? Should Texans do the same? Should a Muslim apologize for the acts he or she did not commit? The answer is hell no!
We are one nation under God and we need to think, talk and act as one.
If you are on facebook, you can see some great commetns – www.facebook.com/MikeGhouse

A friend wrote a note to me, “But why are Muslims not able to stop their own from committing such horrific acts.”

Are you saying that the Muslim community is permitting these criminals to go kill? Was the New Town killer authorized by the Christians to go kill children!  Did Americans Authorize KKK and White Supremacist to Kill? Did Christians authorize 50 some mass murders in the United States to run their automatic weapons in Colorado, Wisconsin, Oregon? Were the peaceful Buddhists Monks in Myanmar authorized by the entire Buddhist world community to murder their fellow Muslim citizens? Your question is pretty dumb.

If you live in America, you should know that, we are not responsible for the actions of our brothers, sisters, parents, kids and spouse – why should the community be responsible then? In a civil society, individuals are responsible for the action and not the community. Yes, a few will blame Muslims, and we should not be in shouting match of scoring over each other… instead, we need to find solutions that are good for us, all of us. One of them is to invoke thinking… most will get it, some won’t. This is what I have done. Thank you

Mike Ghouse is a speaker, thinker and a writer on pluralism, politics, peace,Islam, Israel, India, interfaith, and cohesion at work place. He is committed to building a Cohesive America and offers pluralistic solutions on issues of the day at www.TheGhousediary.com. He believes in Standing up for others and has done that throughout his life as an activist. Mike has a presence on national and local TV, Radio and Print Media. He is a frequent guest on Sean Hannity show on Fox TV, and a commentator on national radio networks, he contributes weekly to the Texas Faith Column at Dallas Morning News; fortnightly atHuffington post; and several other periodicals across the world. His personal site www.MikeGhouse.net indexes all his work through many links.
Share Now: